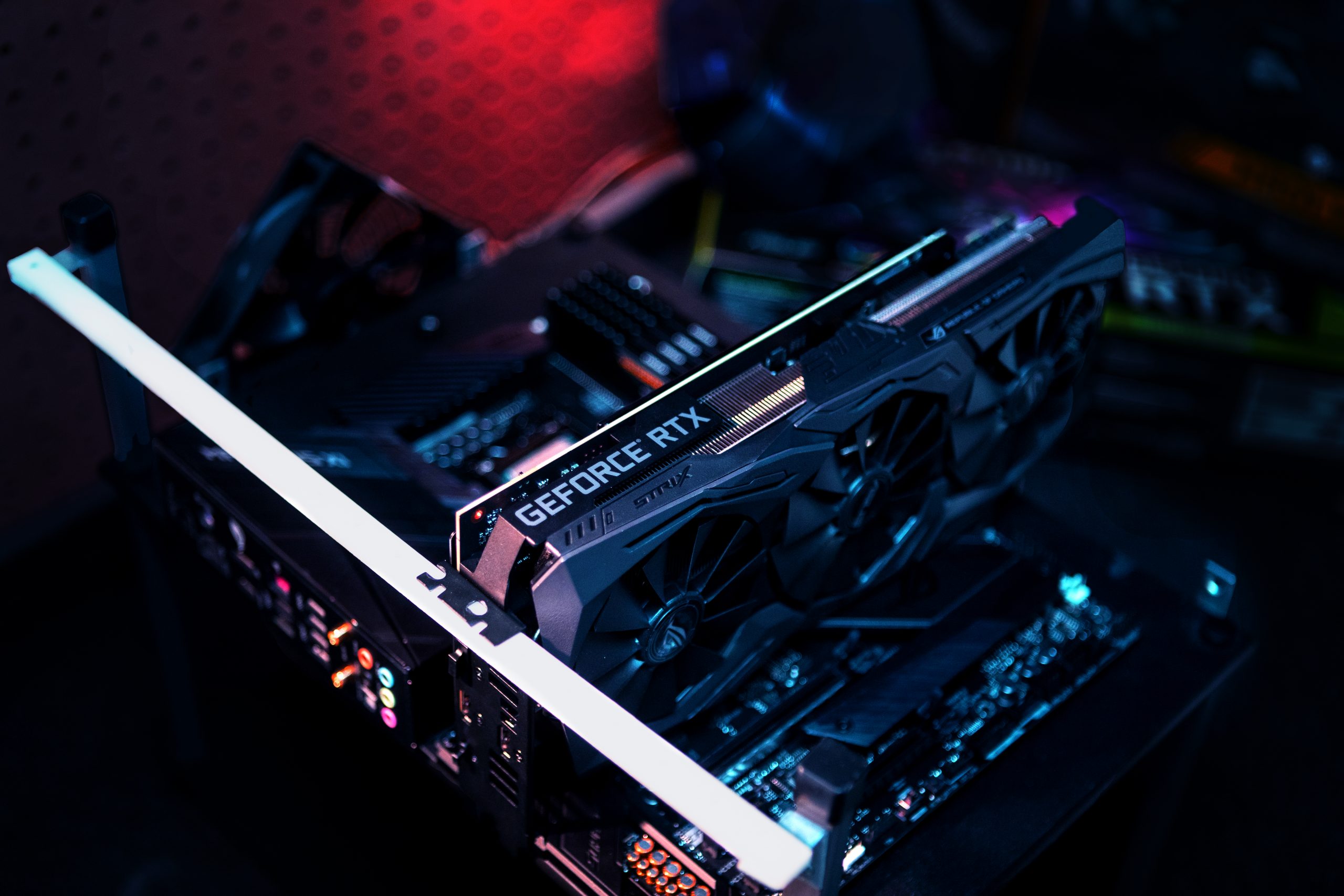 Affordable GPUs?! Which GPU should you put in your new PC


Prices for the RTX 3000 series are still freefalling thanks to Nvidia announcing it’s new RTX 4000 series and the recent change in Ethereum’s algorithm that will essentially kill GPU crypto mining.


If you’ve been dreaming about finally building a new gaming PC and seeing what the RTX 3000 series is all about, this might be the right time to turn that dream into a reality with some prices drastically slashed.


So, which of the graphic cards in the RTX 3000 series should you put in your new PC?


Well, Game On investigated this question and put seven (7) different graphics cards to the test to see which of these GPUs will allow you to become the gaming warlord you know you really are.


We tested these seven (7) graphics cards to see how each were performing in terms of FPS. We tested each configuration on nine (9) different games covering three (3) different categories: battle royales, AAA titles, and first-person shooters. For each of those game categories, Game On examined the average FPS obtained with the different GPUs.


For today’s article, we are showing the benchmarks’ results obtained on the 2022 version of our Tower Pro gaming PC. More precisely, here is the configuration that we tested:


The monitor we used for these tests is:


Along with that configuration, we tested the following graphics cards:


As for the games in each category, here are the titles we tested:


The charts below show the average FPS obtained for each game category with each GPU in the configuration mentioned above.


Here’s how we calculated our averages for each category:


If we take the RTX 3060 12GB in the battle royale category we got the following results for each game:


The average amount of FPS for this graphics card for the chosen category would be:


This category is also second in terms of frame rate improvement between successive chipsets, with an average 6%.


It’s important to remember that all our tests were done on the highest graphics settings possible, which is not how battle royales are usually played. In that sense, you could expect to gain a few extra FPS by using the right game settings.


When it comes to battle royales, if you’re able to get 120FPS or more, you’re already considered on the higher end of hardware performance on average. If you take that idea, along with the fact that our results are obtained with the settings maxed out, you could easily settle for a RTX 3060 12GB.


If you’re more of a competitive player when it comes to battle royales, or you have monitor with a higher refresh rate than the standard 60Hz, you might want to go a bit higher in the GPU hierarchy (to the best of your wallet’s abilities)  to put that monitor good use and reduce that input lag.


Apart from the pairs mentioned above, most of the GPUs in this category had less than a 5% improvement between sequential chipsets.


The average improvement between successive GPUs for the AAA category is the highest of the 3 at 7%.


Once again, a little tweak in your settings could make these frame counts improve.


Most people who play AAA titles are not really looking for a competitive edge and so a higher frame rate is mostly just personal preference. Usually, 60 FPS is all you need to have your game running smoothly. As we can see on our chart above, the RTX 3060 12GB is more than enough for your FPS needs in this category. You also can’t forget about your monitor refresh rate. Most people play on a 60Hz monitor as those are more readily available and budget friendly. This means that even if you got your RTX 3060 12GB, your monitor wouldn’t even be able to output those 96 FPS.


It safe to say that if you’re more of a casual gamer or on a budget (or both), the RTX 3060 12GB is more than enough for this category.


If you’re not too worried about a budget and you want to see your character move as smoothly as a Paris Opera ballerina, go ahead and grab a RTX 3060 Ti 6GB, but keep in mind that you’ll need a monitor to match for that eye candy.


The average improvement between successive GPUs for the FPS category is the lowest of the 3 at 2%.


When it comes to FPS games, kind of like battle royales, you want to maximize your frame rate and so you might have to tweak your settings.


Having a super high frame rate is cool, but at the end of the day it’s going to cost you more. If you’re playing at an Esports level, you’re probably going to want to get the best performance to reduce input lag , which becomes a critical point at that level of play.


If you’re like me, a more casual (but still somewhat competitive) player, who’s been able to get Grandmaster on the original Overwatch (R.I.P) with a GTX 1060, the RTX 3060 12GB provides more than enough performance. Pair that with a 144Hz monitor if you want a smoother experience and you should be good to go.


CONCLUSION : So, which GPU should I add to my cart?


Overall, the performance gains between GPUs in the RTX 3000 series are very minimal unless you’re upgrading 2 or 3 chipsets higher, or if you’re starting out with a RTX 3060 12GB or something even lower performance wise. The percentage of improvement also depends on what type of game you’re playing.


From, what we’ve seen in today’s article, the RTX 3060 12GB seems to be best choice overall for each category if you plan on being a more casual gamer.


For more competitive players who plan on playing mostly FPS games and battle royales, it might be worth it go a few chipsets higher, depending on your budget, to really take advantage of these crazy rebates and give yourself the competitive edge. But keep in mind that along with those extra frames, having a monitor with a better refresh rate than the standard 60Hz might be something to consider.


All in all, if you’re building a new gaming PC right now and want to take advantage of the rebates without  busting you budget, the RTX 3060 12GB is your best bet.


If you have any questions about the results presented here or maybe other configurations, feel free to reach out to us on our socials.


You can check out the tests we did on DDR5 here.